There are three main categories of Migraine medications:

You can read more about Migraine medications in Types of Migraine Medications: Preventive, Abortive, Rescue.

Migraine Gem of the Day - Vasodilation and Migraine

For many years, Migraines were classified as "vascular headaches." It was thought that dilation of blood vessels in the brain was the first thing to happen in the brain when a Migraineur encountered a trigger.

Research has now shown that Migraines aren't vascular in origin; they're neurological. The first thing to happen when we encounter a trigger is a wave of neurons firing across the brain.

Is that vollowed by vasodilation? At one time, the answer to that question would have been, "Yes." No longer. Researchers have now observed, via imaging equipment, some Migraines occurring without vasodilation.

Last year, I attended a conference where Dr. Andrew Charles gave a presentation on this research. A key statement he made was, "Vasodilation may occur as part of the disorder, but is not required for Migraine pain."

You can read more about this in Vasodilation Not Necessary for Migraine.

I cam across this Migraine video through The Huffington Post. There are a few statements in it that I disagree with, but overall, it's a pretty good video with clear explanations and solid advice...

Posted on October 17, 2011 at 11:51 AM in Awareness and Advocacy, Migraine Management, Migraine Videos | Permalink | 0 comments 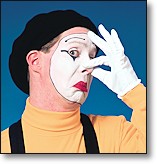 On Sunday, September 18, I was supposed to fly to Philadelphia to attend the e-Patient Connections 2011 conference. We live in a relatively small city in West Virginia. The closest airport is the Mid-Ohio Valley Regional Airport in Parkersburg, about a 25-minute drive from our house. Flying out of Parkersburg isn't very convenient because the only flights are small commuter flights to and from Cleveland, Ohio. Still, it's closer than driving 90 minutes to Charleston or two and a half hours to Pittsburgh.

Anyway, my flight was to depart at 10:15 a.m. At so small an airport, you don't need to arrive as early as you do at larger airports, so I arrived at 9 a.m. My husband and I knew something was up because there was a line at the ticket counter. The problem was that the pilot was ill, so our flight was going to depart at 12:15 - MAYBE. It all depended upon a replacement pilot. That wouldn't help me because my flight from Cleveland to Philadelphia was to depart Philly at 11:30. There was another flight out of Parkersburg later in the day, but it was fully booked.

Another passenger called Continental customer service from her cell phone and asked them to issue her a refund. They told her that she'd have to remain in line at the airport if she wanted a refund because only the ticket agent there could issue a refund. Sigh. I was near the end of the line, so I asked my husband to take my Hertz card and walk around the corner in the airport to the Hertz counter and see if they had a car available. They did, so he and the agent did all the paperwork while I waited in line.

While all of this was going on, one of the other passengers was complaining about not being notified by phone before making the trip to the airport and having to stand in line so long because there was only one person there to handle all the passengers. The ticket agent replied, very snidely and loudly, "Well, if you'd prefer, we could just cancel the flight entirely. Then none of you would be flying out of here today." Gee, what a great way for a professional to handle paying customers. NOT!

Finally, an hour after we arrived at the airport, it was my turn in line. The ticket agent refunded the $25 fee that I'd paid online the night before to check my bag. Then, he issued a refund REQUEST for my flight, saying that it would take a week to get my refund. I wasn't happy because I was having to pay for a rental car too, but there wasn't anything I could do about it. So, off I went for a nearly eight-hour drive to Philly. I do want to note here, with thanks, that the service at the Hertz counter was quie excellent.

September 26 rolled around, and my debit card hadn't been credited for the plane ticket, so I emailed Continental customer service. On the 27th, I received a reply saying that my refund had been approved. Well, that might have been, but I still hadn't been credited for the ticket. My account was finally credited yesterday, September 30. Now, this wasn't a credit card account where refunds can take several days to appear on the account. This was a debit card on my checking account, and that kind of transaction shows up on the same day that it's initiated. So, it didn't take a week to get my refund, as the ticket agent said it would, it took nearly two weeks.

Now, I understand that this is a small airport and that things such as a pilot getting ill are going to happen. Still, there are three main issues that leave me pretty angry:

I would prefer to fly from this airport for a couple of reasons:

In the end though, I have to consider other issues as well. I'm not 21 anymore, and an eight hour drive by myself in one day is hard on me, especially when I'm not prepared for it. It seems that I take a chance of something like this happening if I use this airport. Cleveland isn't the best airport for convenient connecting flights.

In November, I have a conference in Scottsdale, Arizona, and I've already made my reservations. I'm going to go to Pittsburgh the night before and stay at the hotel attached to the airport. The next day, I have a convenient, non-stop flight out of Pittsburgh at 11 a.m. Despite driving to Pittsburgh the day before, this will be more convenient and far less tiring. However, if I'd had a better experience with Continental customer service, I'd forgo some of the convenience and a bit of sleep and patronize our local airport. All in all, this is just pathetic.