Home Profile Subscribe
Migraines, Social Media, and an Opportunity
Migraine Treatments - What do we want? When do we want it?

Do You Experience Migraine Aura? Are You Sure? 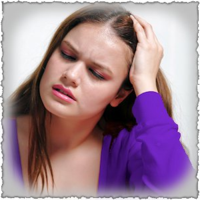 If you have Migraine disease, do you experience the aura phase of the Migraine attack? If you said, "No," are you sure?

I've been seeing far too much confusion about Migraine aura online lately. Here are some misconceptions and pieces of misinformation that I've recently encountered:

Why should we care? Research has shown that the acute treatments we use when we get a Migraine work better when they're taken earlier in a Migraine attack. That's one good reason to know the possible symptoms of the aura phase and learn to recognize them.

I've been giving this a good bit of attention lately because I want all of us to know all we can about Migraine disease and get the most out of our treatments. I've written about this a couple of times lately, so rather than write it here again, here are some links to information we should all have...

If you've been diagnosed with Migraine without aura, but this information causes you to wonder if you may also have Migraine with aura, please discuss your symptoms with your doctor. It's not only possible, but common to have both forms of Migraine.