Aetna and Botox for Chronic Migraine - What a Farce! 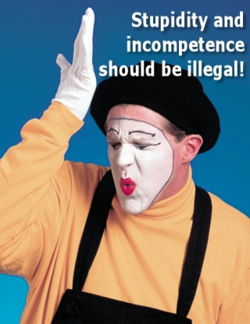 Have I said that I'm thrilled not to have to depends on Aetna to cover my treatment for Chronic Migraine? No? Well, I am truly thrilled that my insurance coverage changed from Aetna to Cigna the first of the year. Back in December, I shared my frustration that Aetna had denied coverage on Botox treatment for me for Chronic Migraine? Why? Essentially, because it was working too well. Since Botox had reduced my Migraine and Headache days to fewer than 15 per month, they had cut off coverage. (See Aetna Denied Botox for my Migraines - What?!) In the end, they paid it, but by the time they did, I was honestly beginning to wonder if anything was worth all the arguing and stress.

Today, I'm writing about a pathetically sad situation another patient is in with dear old Aetna. First, they questioned if the patient met the part of the Chronic Migraine definition that says the Migraines and headaches last at least four hours per day. Mind you that the doctor had charted that the patient had "continuous" Migraine with no breaks. Do you think that means four hours or more? Duh!

Then the doctor and the Aetna rep came to an Aetna requirement for Botox. The patient must have failed at least one preventive from each of three different classifications of medications. She's tried antidepressants, and they failed to help. She's failed two anti-epileptic meds, and they failed. The woman is beyond chronic, and the doctor feels it's time to try Botox. But, oh, no! Aetna insists that she try anti-hypertensives first, regardless of the fact that several of them are contraindicated for her due to other health issues.

Now here's where I just want to scream, "Stupidity and incompetence should be illegal!" Enough is enough. This poor patient has tried preventive medication after preventive medication, but they want her to try more, MOST of which have a might higher potential side effects profile than Botox does.

Anyone who's being honest will admit what's going on here. It's about the $$. Aetna doesn't want to pay for the Botox treatment. SHAME ON THEM?! If they don't want to pay for Botox, they should simply put it in their contracts and not cover it. People whose Migraines are bad enough to need Botox treatment don't need all the useless, idiotic, asinine red-tape run-arounds.

Seriously?! I repeat, stupidity and incompetence should be illegal!