Home Profile Subscribe
AHMA Is for Everyone with Headache or Migraine
Migraine Clues - Is This a Migraine or a Headache? 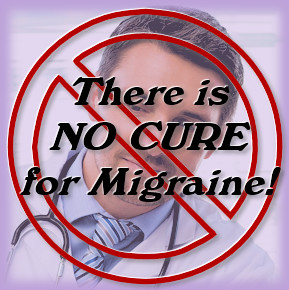 Migraine is a genetic neurological disease for which, at this time, there is NO CURE. Sadly, that doesn't prevent people who lack ethics, scruples, and common decency from proclaiming that they can cure our Migraines. Even worse, some of those people have medical licenses. I won't refer to them as doctors, despite their being licensed, because that would be an insult to truly wonderful doctors.

Here's an example of what one "doctor" has Tweeted in the last few days:

When I replied to those Tweets, challenging the promise of a cure, this "doctor" called me a "fanatic" and made excuses such as, "If you do not have access to it. It does not mean it does not exist. Personal worlds are small." When I said to prove it by providing data from double-blind, placebo-controlled trials, I received no response.

Interestingly, someone else on Twitter decided to do a bit of research on this "doctor" and Tweeted an image of a complaint filed against this "doctor" before the Medical Board of California. I also did a bit of investigating. Here's a bit of what I found: 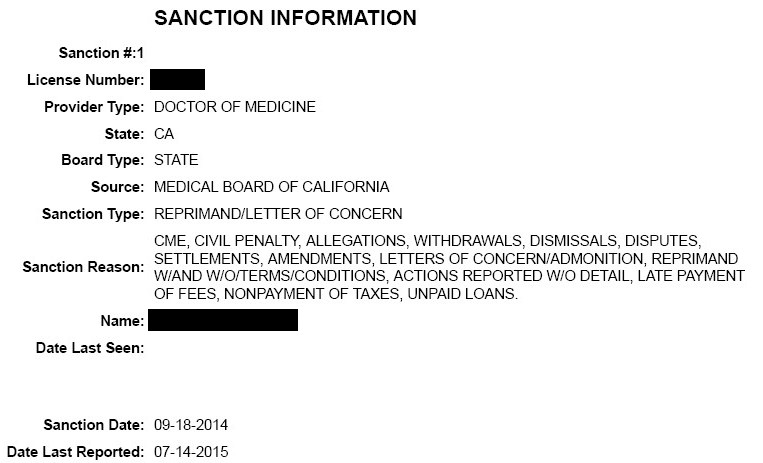 I've blocked out the identifiable parts of the image above because I'm not sharing it to get into a battle with that individual. Still, I think you can get a better idea of what's going on when you can see it yourself as opposed to my describing it to you.

The bottom line here is that we simply can't trust anyone who claims to be able to cure us of our Migraines.

In today's world of speedy communication, if someone did develop a cure for Migraine, we would know it. It would be all over television, radio, print media, and the Internet. Personally, I'd be overjoyed and sharing the good news with everyone I could in every way I could.

So, no matter who it is who's making the claim of a Migraine cure, it's simply not true. Please don't waste your time, money, or hope on those claims. Instead, aim your hope at partnering with a doctor who understands Migraine, treats you respectfully as a treatment partner, and isn't going to give up on you; all of the treatments we have; and on the promising treatments in development and clinical trials.

A Headache and Migraine Organization
for Patient Empowerment

Posted on July 22, 2015 at 11:18 AM in Awareness and Advocacy, Migraine, Migraine Disease, People Who Should Know Better | Permalink | 0 comments