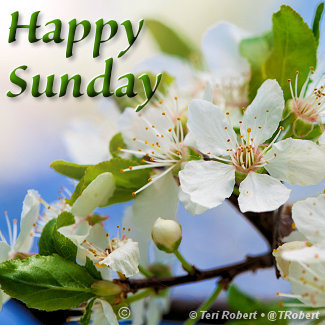 Happy Sunday to my extended Migraine and Headache Family!

Last week, I had an interesting conversation with a fellow Migraine Ninja who has been frustrated by how her moods and emotions are impacted by Migraine. This is a topic we've discussed several times recently. For her, the impact on her moods and emotions begin during the prodrome phase, a couple of days before the rest of the Migraine attack hits.

When we began our discussions, she had just put it together that her emotional swings were part of her prodrome. Her doctor had never mentioned the possibility to her, let alone explained why this can happen. When we have a Migraine, it can cause levels of neurotransmitters in the brain to fluctuate. We've known for some time that levels of serotonin and norepinephrine fluctuate. A study has now shown that our dopamine levels fluctuate also, and the drop in dopamine may be behind our need to retreat to a dark room and avoid stimulation.

My friend had shared with me that she finds herself feeling very anxious and cranky when the prodrome begins. Then she feels guilty for having been cranky with the people around her. That's a problem I can definitely relate to because one of my first signs that a Migraine is starting is crankiness. Bless my husband who will sometimes point out that I'm being cranky and ask if I'm getting a Migraine.

Once I realized that my crankiness can be part of the prodrome, I tried to figure out a way to handle it. When I notice it (or when John points it out to me), I employ meditation and deep breathing exercises. Then I play some of my favorite music. When we talked last week, my friend happily reported that she'd tried those counter measures, and they had helped her. They helped her to not feel as cranky, which also meant that she didn't have the guilt that went with being cranky with other people.

Another issue I've had is total panic during a Migraine attack. One night, I told John that I knew something was terribly wrong, and that I need to go to the emergency room. My doctor has prescribed rescue medications for me to use when my first-line meds fail, specifically so I don't have to go to the ER. John knew I hadn't used them, and that it hadn't been very long since I took my first-line meds. So, he asked me if it was the worst Migraine I've ever had. I told him it wasn't. He asked if my symptoms were new, unusual, or worse than usual. Again, no. By then, his questions had made me think, and I realized I needed to go to bed, not the ER.

Do your emotions sometimes run away with you during a Migraine? If you've found things that help you during these times, please leave a comment below, and share them with us.