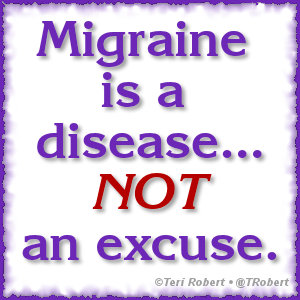 In case you haven't seen this news, New York Mets player Matt Harvey called in sick from Saturday's game, saying he couldn't play because he had a Migraine.

The events leading up to his calling in sick aren't totally clear, but what is clear is that he was out past curfew Friday night, drinking champagne, vodka, and tequila. Saturday morning, he was out playing golf. For missing Saturday's game, Harvey was suspended for three games, which cost him $84,016.

One report quotes a friend of Harvey's as saying that he did have a Migraine Saturday afternoon, but Harvey didn't mention having one when he publicly apologized for his behavior yesterday. Harvey apologized repeatedly and profusely to his team mates and to Mets fans.

Did Harvey have a Migraine Saturday? I don't know, but if he did, I have to wonder if it was triggered by the partying Friday night, a lack of sleep, and/or the golfing Saturday morning. What I do know is that Mets rules include a curfew the night before a game, and he definitely broke that. I also know that a responsible person with Migraine disease would have been at home getting plenty of rest Friday night and taking care of himself in order to avoid a Migraine and be prepared for the game.

While Harvey apologized to his team mates and Mets fans yesterday, he left out another group of people to whom he should have apologized — people living with Migraine. We live with more than enough social stigma and more than enough doubt when one of us needs to miss work because of a Migraine. Harvey's very public behavior reflects badly on all of us. It's a very public example of someone who used Migraine as an excuse.

Mr. Harvey, Migraine is a disease, NOT an excuse. You owe us a very big, very public apology.

Posted on May 10, 2017 at 12:45 PM in Awareness and Advocacy, Celebrities with Migraine, Migraine Disease, People Who Should Know Better | Permalink | 0 comments