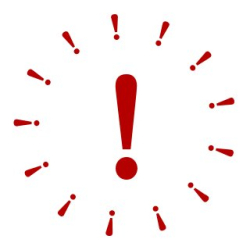 People with Migraine disease and other headache disorders are constantly searching for new and more effective treatments to add to our tool box. Recent years have seen more devices developed and introduced to the market. One device is even FDA approved for use by adolescents age 12 and above. When I talk to fellow Migraine patients, many tell me their doctors have never mentioned any of these devices. When talking with people who work in developing these devices, some express frustration that so many doctors prescribe medications only and don't recommend devices.

Unfortunately, I'm not going to be able to continue to use that device.

I hit Medicare age in June of 2019. Before that, my insurance reimbursed me 60% of the cost of the device rental. Now, I have NO coverage to help pay for the device because it's not covered by Medicare. When I contacted Medicare, they told me that they won't consider it because the manufacturer has never submitted information to them to request their approval. When I tried to get it covered by my Medicare supplement plan, they "reminded" me that they're a supplement plan; they don't replace Medicare.

The Medicare issue is what I want to bring to everyone's attention, especially the attention of the companies that develop and manufacture these devices. Not working toward Medicare coverage of your devices is a mistake, a BIG mistake, for multiple reasons:

I recently got one of the disposable devices for acute Migraine treatment. It's one of those you use for a certain number of sessions, then throw it away and get a new one. It has worked well so far. Will I be able to continue to use it? I'm not sure. It's new, and I have no idea if Medicare is going to cover it.

The situation I find myself in as this:

Admittedly, as a Migraine patient, I'm angry about this situation. As a patient advocate, I'm angry and frustrated.

To my fellow patients: I hate this situation we're in. That's why I'm speaking out. If you're in a similar situation, please feel free to leave a comment below and share with us.

To the device manufacturers: I'm very disappointed. There's really no room to complain that doctors aren't getting into the habit of recommending devices until and unless we get to a point where they're covered by Medicare.