Migraine, Other Health Issues, and Insurance 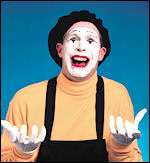 In the late 90's, my Migraines became chronic, leaving me with a debilitating Migraine five or six days a week. Those Migraines cost me my job and left me with pretty much no life. When I learned about true Migraine specialists and began treating with one, things started to turn around. Now, 15 years later, Migraines strike one or two days a week. Because of a great treatment regimen, a Migraine seldom takes me down for more than an hour or two.

Taking daily medications is something I'm never going to like, but those medications make it possible for me to function and to have a pretty good quality of life. There are other conditions for which I need medications too - diabetes, heart disease, glaucoma, and a couple of others. So I count on my medications and being able to get them when I need them.

My husband worked for DuPont for 30+ years. One of the reasons he stayed with DuPont during the last years of his career was for the benefits that would continue through his retirement, including medical and prescription insurance. Our insurance isn't "free" for us. We pay significant premiums to keep the insurance, but if it works the way it should, it's well worth it.

Therein lies the problem. My prescription drug coverage, which is through Express Scripts is so messed up right now that I can't order anything through their mail order service, and if I were to take a new prescription to a local pharmacy, I'm not sure it would be covered.

All was well - we thought. Then we discovered that all of my prescription refills had disappeared. I asked Dr. Watson's nurse to do the coverage review for Axert again and send in all new prescriptions. She got the approval for Axert and sent in all new prescriptions for me. Whew! Again, all was well - we thought. BUT, I received yet another new set of Express Scripts insurance cards with yet another new ID number. John called again. He was told that the new number is to go into effect on May 4 and that all of my prescriptions would be transferred to it. I cannot, however, log onto the Express Scripts site to see that account until May 5. When I log onto what's supposed to be my current account, all of my prescription refills are gone - again.

Now, do you want to know the truly confounding issue? Nobody at DuPont or Express Scripts can tell John why all of these changes are being made to my account. Changing ID numbers in the middle of the year is totally unprecedented, and nobody at either company can give us any answers.

I wear two hats in this situation:

To summarize the situation:

There's absolutely no excuse for nobody being able to answer our questions. I can say with absolute confidence that if I performed my job so poorly, I'd be fired. John worked for DuPont for 30+ years with the guarantee of benefits through retirement until each of us reached the age where Medicare took over. We've paid significant monthly premiums for my coverage since he retired 15 years ago. There's no possible excuse for all of the inefficiency here or the plain old stupidity involved. It's not even as if DuPont and Express Scripts are giving me this coverage out of the goodness of their hearts. John worked for it for over 30 years, and we're PAYING for the coverage.

On top of the impact of Migraine and my other health issues on my physical health, I now have all of this stress impacting both my physical and mental health. Insurance should be there to help us with our health issues, not make them worse.

Clinical trials to determine the efficacy of Botox (botulinum toxin type A) for Migraine prevention have been underway for several years. During this time, some doctors have used Botox off-label for their patients. Let's take a look at where things stand now, in September of 2010.

A bit of background: Off-label prescribing or usage of medications is very common. "Off-label" simply means using a medication for a purpose other than those for which the FDA has specifically approved it. Once a medication is approved by the FDA for human use, it's both legal and legitimate for doctors to prescribe it for other conditions when they believe it will be helpful. Migraine preventive medications are a perfect example of off-label prescribing. Of the more than 100 medications in use today, none of them were originally developed for MIgraine treatment. They were all developed for other conditions, then found to work as preventives for some Migraineurs. Four of them were put through the additional clinical trials to win formal FDA approval for Migraine prevention:

It's legal to prescribe medications off-label, BUT it's not legal for pharmaceutical companies to promote or advertise a medication for any purpose for which it's not FDA approved. That means that Allergan, the manufacturer of Botox, may promote and advertise it for the purposes for which it is already approved - cosmetic purposes, blepharospasm, cervical dystonia, hyperhidrosis, strabismus, and upper limb spasticity. Promoting it for off-label use constitutes what the FDA calls "misbranding," and it's illegal.

Recently, Allergan was in the news when they agreed to pleas guilty and pay a $600 million fine to resolve allegations that they had promoted Botox off-label.

A point that needs to be understood about this is that the issue was NOT about doctors using Botox off=label. It was entirely about allegations that Allergan had promoted it for purposes other than those for which it was FDA approved. So, it has nothing to do with the medication itself, but about marketing and promotion practices.

Botox was recently approved in the UK for treating Migraine. In the U.S., the FDA is currently reviewing clinical trial data about Botox and Allergan's application for FDA approval of Botox for Migraine treatment. Many Migraineurs are hopeful that FDA approval will come soon. I've heard from many Migraineurs who would like to have the option for trying Botox for MIgraine prevention, but their insurance companies decline payment, saying that the treatment is "experimental" or "investigational."

If you've been wondering about Botox, you might be interested in reading Allergan's information about Botox History and Development, which includes a time line of when Botox was approved for various uses.

Don't let the name fool you. Migraine is definitely included in this observation and the work of the NHF. It can be a bit confusing, but this area of medicine has long been called "headache medicine," and there are times when Migraine is included in the term "headache."

This year, NHAW recognizes the 40th anniversary of the NHF. You can learn more about the NHF and this year's NHAW events HERE.

One of the most recent projects of the NHF is a survey, the findings of which are being released just in time for NHAW...

It's a sad commentary on our society as well as the state of the U.S. economy that people are going without their Migraine medications because they can't afford to pay for them. Even worse, it's happening more and more frequently as the U.S. economy is in upheaval. Even those with health insurance are having problems, especially as insurance companies narrow their formularies, raise copayments, and otherwise increase the portion of prescription expenses for which patients are responsible.

The major pharmaceutical companies have patient assistance programs set up to help people who can't afford their medications. Figuring out these programs can be problematic as the requirements and application process varies from company to company, and the various programs can change over time.

Partnership for Prescription Assistance brings applications for all of those programs together in one place. They also have information on nearly 10,000 free health care clinics and has connected more than a quarter of a million patients with clinics and health care providers in their communities.

Do you need help paying for health care and prescriptions? Do you know someone else who does?

Do you find it difficult to keep up on Migraine information? My FREE Putting Our Heads Together email newsletter can help!

Delivered to your email weekly, the newsletter includes links to...

Putting Our Heads Together is delivered to your inbox on Mondays. When Monday is a holiday, it may be delivered on Tuesday.

I know how hard it can be to look for information, especially when your Migraines or headaches are frequent. That's why this newsletter exists.

Subscribing to Putting Our Heads Together is easy. Just fill in the subscription box to your left; at the top of the left column of this blog.

If you have Migraines or headaches, hopefully, you know about medication overuse headache (MOH), aka rebound. In a nutshell, the use of any acute medication to treat a Migraine or headache more than two or three days a week can make matters worse by causing MOH. You can read more about MOH in Medication Overuse Headache: When the Remedy Backfires.

Sadly, too many people are never educated about this issue. Even neurologists sometimes don't know about it, so they don't warn their patients. Just this morning, I heard about a Migraineur whose neurologist told her to take an NSAID twice a day, every day. In reality, he was setting her up for MOH and sentencing her to a daily headache.

Maybe a video will help with understanding MOH better. Some of the information in this video, such as the number of Migraineurs in the US, isn't accurate, but the info on MOH is pretty good.

I hope this has been helpful to you. If you have questions or need more information, please let me know.

I spent last week in Dallas at Dr. John Claude Krusz's clinic, ANODYNE Headache and PainCare. Dr. Krusz and I have written Ask the Clinician for almost five years now, but this was the first chance I'd had to visit his clinic and observe him with patients.

Dr. K's patients were very gracious; all of them allowed me to sit in on their appointments. Listening to him review a new patient's medical history was a great reminder of how much other issues can impact Migraine, headaches, and pain. Dr. K. asks all of his patients about their sleep patterns and whether they or anyone in their family have a history of problems with thryoid, diabetes, or other endocrine disorders. Sleep is always one of the first issues he addresses, telling patients that good sleep is essential to their treatment.

For those of you who know me a bit, you'll know that the phone number 888-MYCURE8 is enough to set alarm bells sounding loudly in my head. The product associated with this phone number has been the subject of three SharePosts on our site, and it's time for me to respond.

The product in question here is Headache Stay Gone. (And, no, I will not link to their site here.) According to the site, the product  contains:

Posted on November 19, 2007 at 03:29 PM in Awareness and Advocacy, Headache and Migraine Education, Medications | Permalink | 0 comments