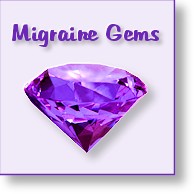 At one of the American Headache Society conferences I attended, one of the presentations was Migraine Pathophysiology Update, presented by Dr. Andrew Charles, the Director of the Headache Research and Treatment Program at the David Geffen School of Medicine at UCLA.

During his presentation, Dr. Charles made a statement, backed by research, that clearly demonstrates that there's far more to Migraine than the vascular theory could explain. He stated,

"Dilation of blood vessels is neither necessary nor sufficient for causing Migraine pain."

Interested in more on this? See Vasodilation Not Necessary for Migraine.